SEATTLE, WA — March 23, 2016 — Industrial hovercraft technology has proven effective to move loads from one to 900 tons both on and offshore. Heavy drill rigs, cargo, equipment, valves, etc. can be moved in minutes instead of the hours or days it takes to move these items by traditional methods such as cranes, […] 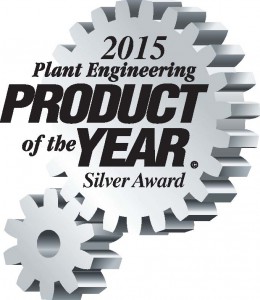 The readers of Plant Engineering magazine have awarded the AeroGo Air-Powered Stainless Steel Pallet the Silver Medal in the Material Handling Systems category for the 2015 Product of the Year Awards. Jeff DeClue, AeroGo Regional Sales Manager for the Midwest, accepted the award on behalf of AeroGo at the annual Engineering Awards in Manufacturing ceremony […]

Mike Cindric has been promoted to Engineering Manager for AeroGo.  He joined AeroGo in 2013 as a Senior Project Engineer.  During his tenure, “Mike has had a string of successful projects and has taken on additional responsibilities,” stated John Massenburg, President. Mike came to AeroGo with ten years of experience in robotics and automation design, […]

AeroGo, Inc. announced increased load capacity and doubled the warranty period for its manufactured urethane and neoprene air casters. The upgrade was the result of repeated in-factory destructive and non-destructive testing, coupled with customer input and field testing after improvements were made in materials and construction methods. “We work to continuously improve air caster function,” […]